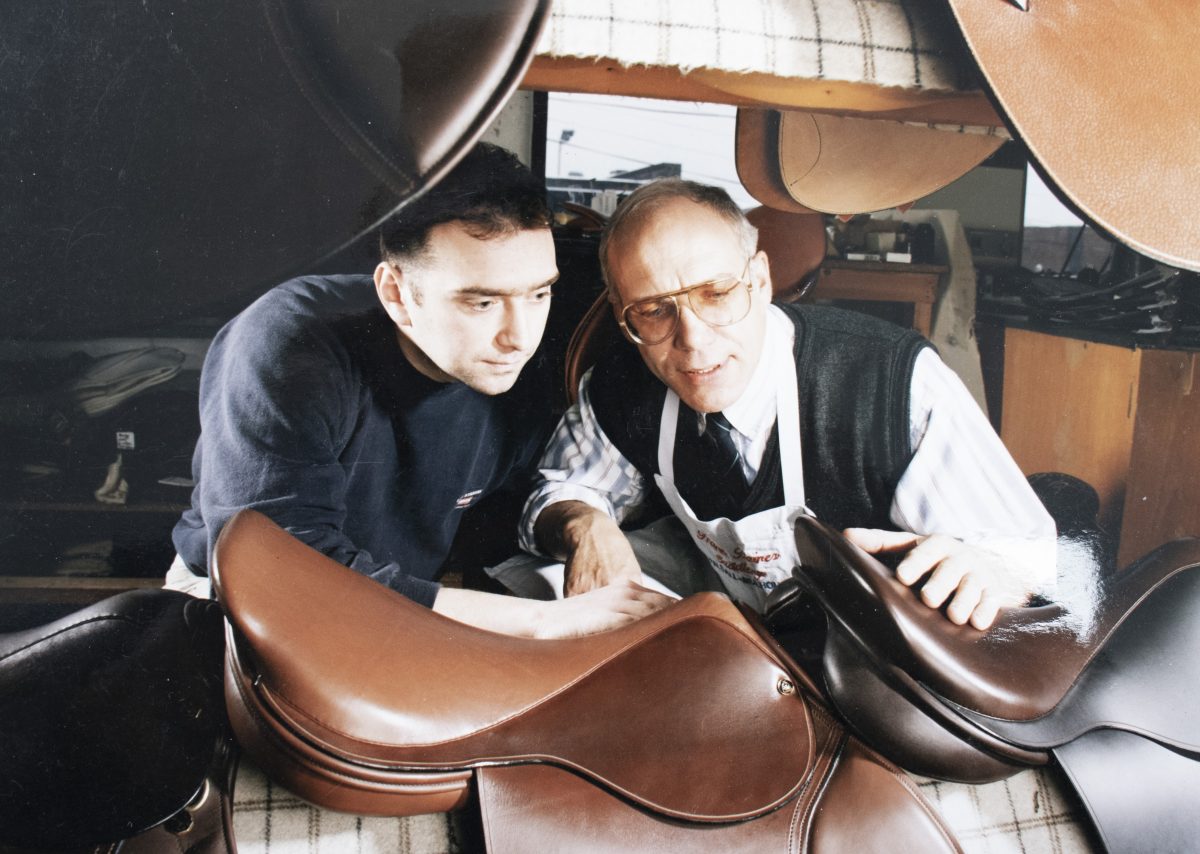 Following a huge fire at the saddlery where Frank worked, he decided to take the plunge and start up business on his own.  Along with his wife Jane, an experienced leather machinist, they began making saddles in their own kitchen and Frank Baines Saddlery was born. Originally making saddles for one client, Hasbo, in Sweden, as the 1980s unfolded they began to make them for other clients. They began exhibiting saddles at trade events and shows all over the world. Awards and recognition kept on coming; In 1985 Frank won 1st place in The Society of Master Saddlers Saddle Competition for the third time in five years, and a saddle made in the workshops won a Spoga award for the best New International Saddlery Product.