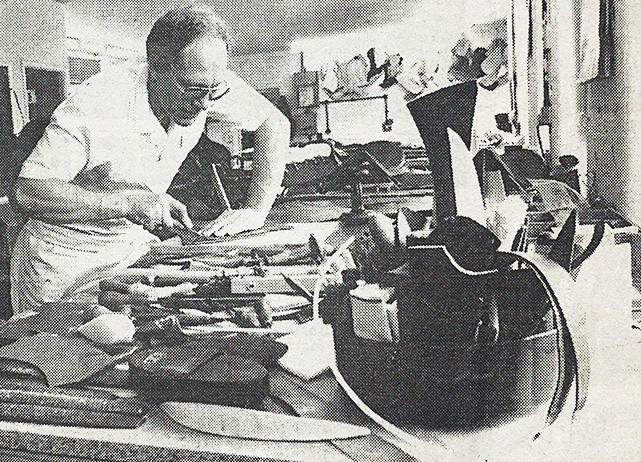 After 12 years at Antill’s, Frank wanted to broaden his horizons. He moved to Falcon Saddlery where he became involved in the design and making of new saddles which Frank really enjoyed. He made a saddle for the late international show jumper Caroline Bradley MBE, who became the first female winner of the Puissance at the Horse of the Year Show in 1974. Frank was starting to show a real flair for understanding the individual needs of horse and rider, which was crucial to his later success.