We are recognised by our customers and the industry for our leadership in shaping the direction and future of saddle making.

In 2019 six of our saddle makers were finalists and winners in The Best Made Saddle Competition, held by the Worshipful Company of Saddlers.

Frank was a judge for this prestigious competition for over 20 years.

The company has won the Best New Product Award at the British Equestrian Trade Association Show and at Spoga Horse in Germany we won European Export Awards putting us firmly on the international stage.

We are members of the Society of Master Saddlers where Frank was a past president. In 1990 Frank was presented with Freedom of the City of London and in 1992 he was made a Liveryman of the Worshipful Company of Saddlers with Gary gaining the same accolade in 2014.

Frank was also proudly commissioned to make a saddle for the Princess Royal. 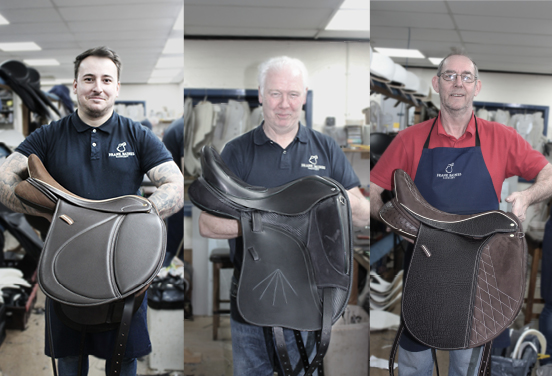